Posted on 25 May 2022 by Accelerate Running Company

Accelerate Community member and Accelerate Trail Runners run leader Graeme has been lucky enough to get his hands on a pair of the new Saucony Xodus Ultra. Now available from the Accelerate store, to find the specs of the shoe Click Here >>. Keep reading to hear how he got on. Spoiler alert, they are good!

I’m not normally a reviewer and I won’t go into too many technical details. I’ll just concentrate on how they feel to run in.  I normally wear the Scott Supertrac Ultra, so this was my main comparison. 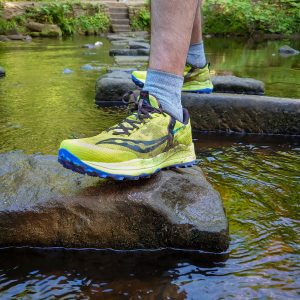 My first thought was that they were a bit big for my usual 10UK. However, slipping them on I realised they could easily be tightened up. The springy laces, along with the super stretchy upper, moulded to my odd shaped feet straight away.  Lots of lovely room for my forefoot and no heel slippage.  So all held in place but would it be too tight?  Well no, the upper stretches where it needs to: around my feet’s lumps and bumps — all good and no ‘squeezing’ of the forefoot even when the foot bends.

So off for a swift 7k run around my local loop. The first of 4 runs in them from 7k to 29k. All on a mix terrain, from mud, packed trails, gravel, tree roots, wet rock and even some quite long tarmac sections.  Nothing bothered them.  On all the runs they felt very plush; especially in the heel. This felt very soft and forgiving.  Would I get the control my iffy feet and ankles need?  Yes again, all felt very stable, so soft and stable. I have no idea how that works, but it does.  The cushioned forefoot, lacking in some shoes, now also became noticeable whilst running. Lovely, and no aching, which I sometimes get after a while wearing a firmer shoe. 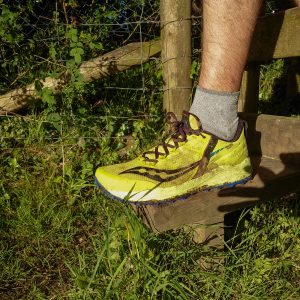 With such a high stack height I started off careful making sure not to slip or twist an ankle.  I soon realised I didn’t have to bother, I just didn’t notice it.  With such plush cushioning there can sometimes be a loss of ground feel, however, not in these and they have a rock plate.  The balance between ground feel and ground intrusion seems well balanced.  I even deliberately ran over some sharp rock edges and while I could feel them, they didn’t intrude or hurt. 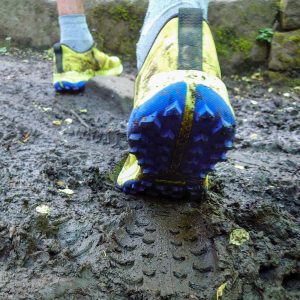 I’ve even run a tarmac Parkrun. Admittedly bobbing onto the grass wherever I could.  With no sense of dragging a big and heavy shoe around, they felt light and easy to run in.  No doubt the shorter distance, ‘fast’ shoes would feel lighter but I don’t normally run in those, I need cushioning, it worked for me.  In all the runs I have done there was no rubbing, or blistering from the off even with wet feet.  The Saucony’s felt much more cushioned and possibly lighter than the Scott though I’ve no idea of the actual weight of each.

Pros: well everything; a highly cushioned straight out of the box shoe that can do just about anything bar extremes of terrain (I suspect – but who knows!).

Cons: Nothing except possibly that they run a bit big, but if you’re running long distances and need that extra room then maybe don’t bother going down a half size — it didn’t get in the way for me especially when I ran a longer distance using thicker socks.  Oh, and mine are bright yellow – not a colour I’d normally pick but I’ve worked on that and they now are a muddy, mottled yellow/brown!

Has the all new Saucony Xodus intrigued? The Men’s can be found here >> and the Women’s available here >> Or you can pop down to the Accelerate Running Store to try a pair out. 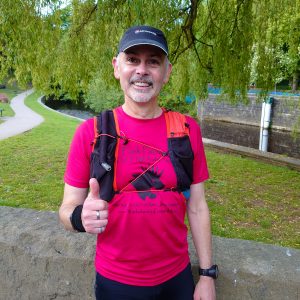 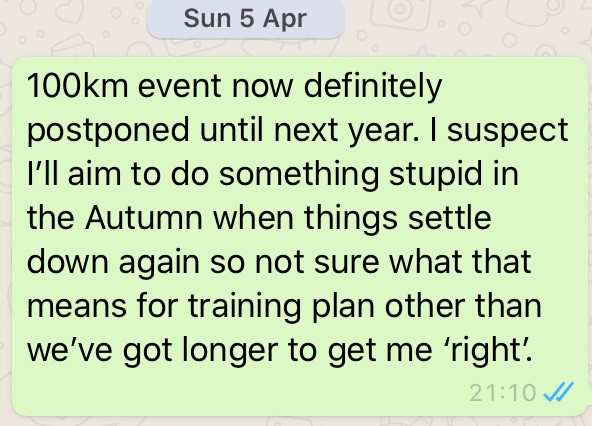 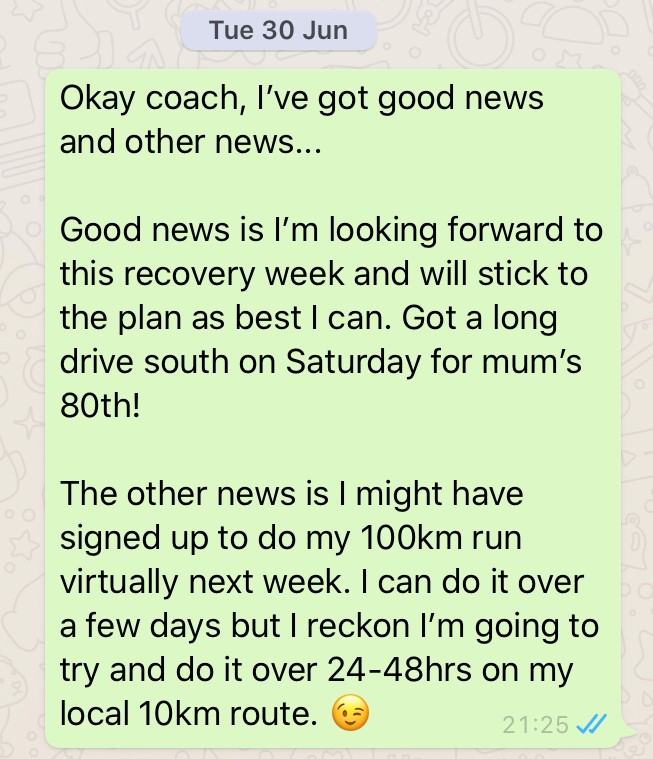 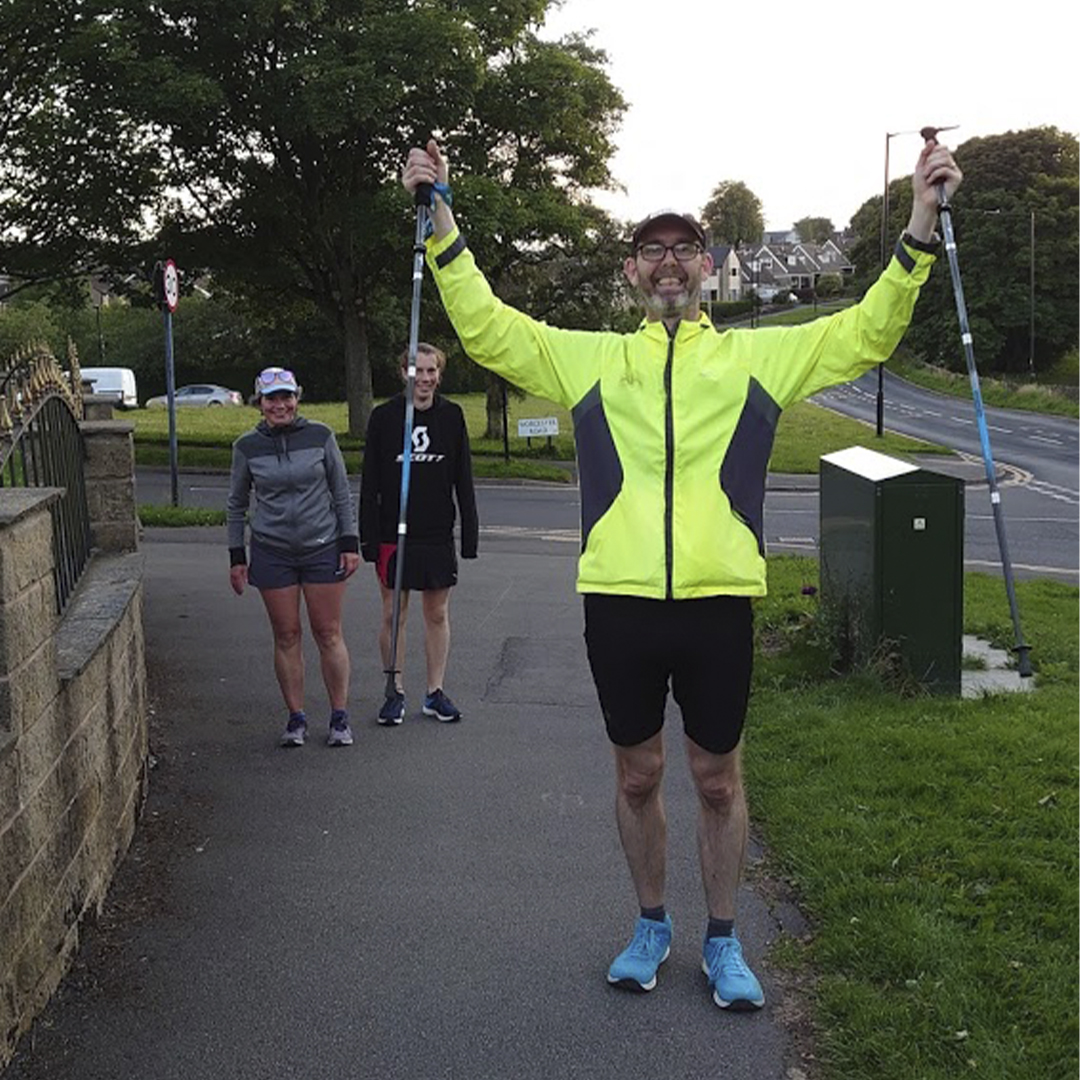