Mizuno's range of products is expanding.  Their product development is aimed at making sport as comfortable as possible.  To do this, Mizuno introduce new technologies to enhance their product functionality.

Their further aims are to provide products to help everyone achieve their goals or sporting challenges.  Their range of road running shoes include some trainers designed for comfort, and others to be lightweight for performance. 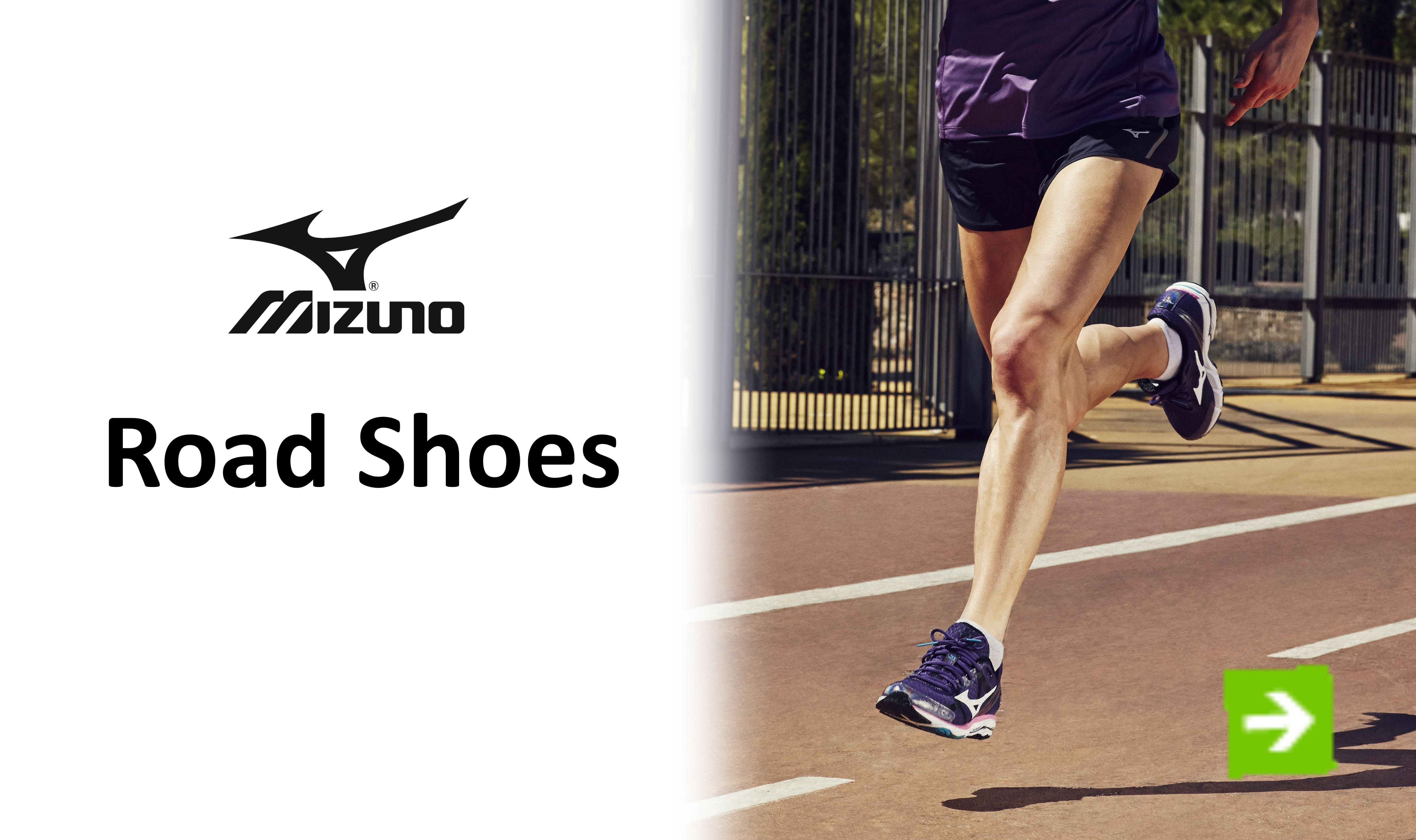 Mizuno was founded in 1906 by Brothers Richachi and Rizo Mizuno in Osaka producing Baseball wear. In 1910 they manufactured their first Baseball shoes.
It isn't until 1928 until the Brothers company starts to manufacture running wear. In this year they produced the first track and field cleats the company would make. The materials used include leather and long heavy pins used as spikes.

The companies research division (currently known as Technology Development Division) was formed in 1938 and named the Select Scientific Laboratory.
Through the next 50 years, Mizuno is involved in many more sports from gliding, tennis and football the company continues to advance technology and reshape its image with the first appearance of the now well know Mizuno Runbird logo.