I won't beat around the bush - this shoe is not for everybody.  It's got the same 12mm depth of cushion at the forefoot as you'd find in many high mileage shoes in our range, but it's firm.  It's also very fitted when on, narrower than some in Saucony's collection.

At 4mm drop, it demands lower leg strength and reasonable form - which when coupled with that firmness, offers no safety net when tired.

The thing is, it isn't designed as a long distance shoe.  So if used appropriately, in this case, racing in - you might expect to avoid any serious issues.

I love this shoe so much, I use it all the time, against my better judgement.  And I still feel better in them than other shoes with twice the cushion.  The reason?  Form.  Natural running style and a respect for when to use them and when to leave them alone for a spell.  It's the same attention to detail as when I'm in a pair of zero drop 'barefoot' style shoes.

They are - after all - a Racing Shoe by design.  I'm only supposed to use them for special occasions.

But every time I put them on, it becomes a special occasion.  They're just so comfy.

The fact that they're deeper than some race shoes, means that general use can feel okay.  I don't feel every piece of debris under foot.  But due to that firm base, I don't suffer the wastage I get when sinking unnecessarily in oversized, deep cushioned clompers.

I can decide to run well on a good day and feel 'fleet of foot'.  When feeling more casual about my running, in the Type A - it's time to go easy.

When it's race day however (so long as the training's gone well enough and they're a good idea in the first place) - they've provided me with an ideal 'weapon of choice' and helped me gain an all time Half Marathon PB in the 2016 Plusnet Yorkshire Half Marathon-Sheffield.

They're responsive.  So when I try to run fast, I can.  Great fun, but a considered choice.  The life expectancy for race shoes is far shorter (300 miles) than for a more resilient style (designed to take 500 miles of pummelling).  So I accept that to wear them all day every day is a little silly.  I've yet to run further than 13.1 miles in them.  But they're designed to do that at maximum, so I doubt that I ever will.

For what it's worth.  I pick up the odd piece of gravel in the underside, mainly due to the holes for weight reduction/ventilation.

I see wear to the outer layer of the upper half way through their effective mileage, but they don't fail.  There's never a point where they stop being useful, despite not lasting as long as some I've owned.

You can decide on your own priority here, but for me - a shoe ought to remain effective as a tool for running, rather than simple being pretty to look at.  If it splits and still works, I overlook it.  If it gets dirty or the colour fades.....whatever.

I only care about whether or not I can still enjoy my run, as intended.

In the Type A, now into my third pair, I still get the best running I've ever known.  Simple as that. 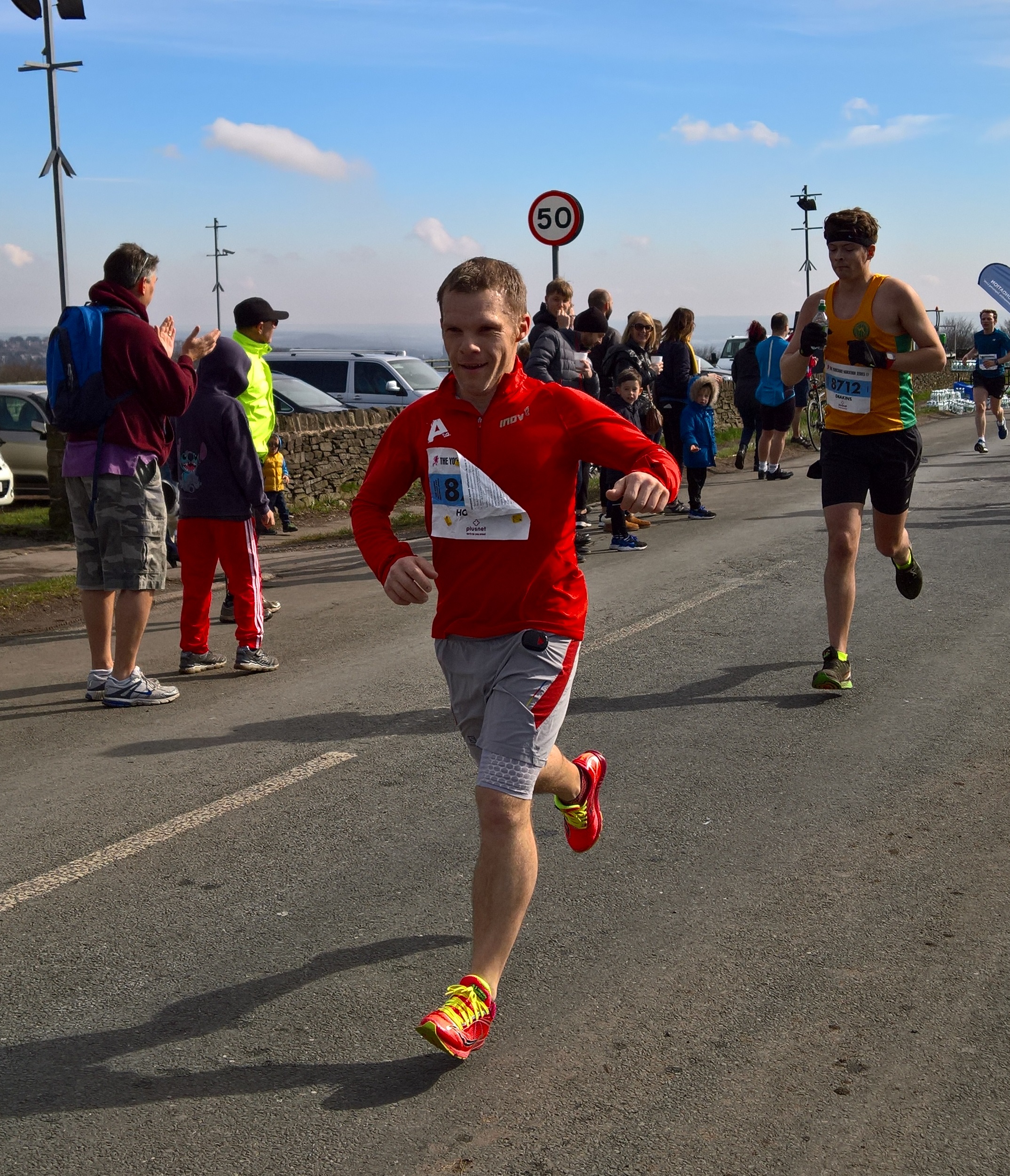 For wet weather or ground water, I expect to get a little wet through the underside of the shoe.  No big deal.

The laces stay tied every time.  Big plus.

They never feel heavy, obviously.  I usually feel good before using them, but if I've realised mid-run that they were the wrong choice for that trip, thanks to fatigue or challenging terrain, I slow down and feel they still protect my feet enough to get by.

I like the look of them, despite being 'visible from space'.  That's down to their sleek appearance and colours that go well together.  My first pair were ladies UK6 and were bright pink (see above), but still felt every bit appropriate for racing in.

Flexfilm uppers, durable iBR+traction outsole, all working overtime for traction and a sock like feel around my foot.  And they grip on wet pavements.  There's a trust in one's feet with the Type A the belies the look of them.

I would recommend the Type A whole heartedly - but as I say, they're made to be used sparingly and shouldn't be subjected to the kind of over-use I bring down on them.

If you've been debating whether or not to go for a racing shoe as part of your collection (or 'tool box') and wonder what difference they might make to your running, I'd urge you to try.

They're value for money and you might surprise yourself.