Tried and Tested: Saucony Kinvara 11 vs ON CloudFlow

Not all of us want to own 101 pairs of trainers to fill up the shoes rack but it's not as easy as just having one pair..... or is it? With Saucony releasing their latest version of the Kinvara and On with the CloudFlow these two shoes might just be the perfect all rounder!!! 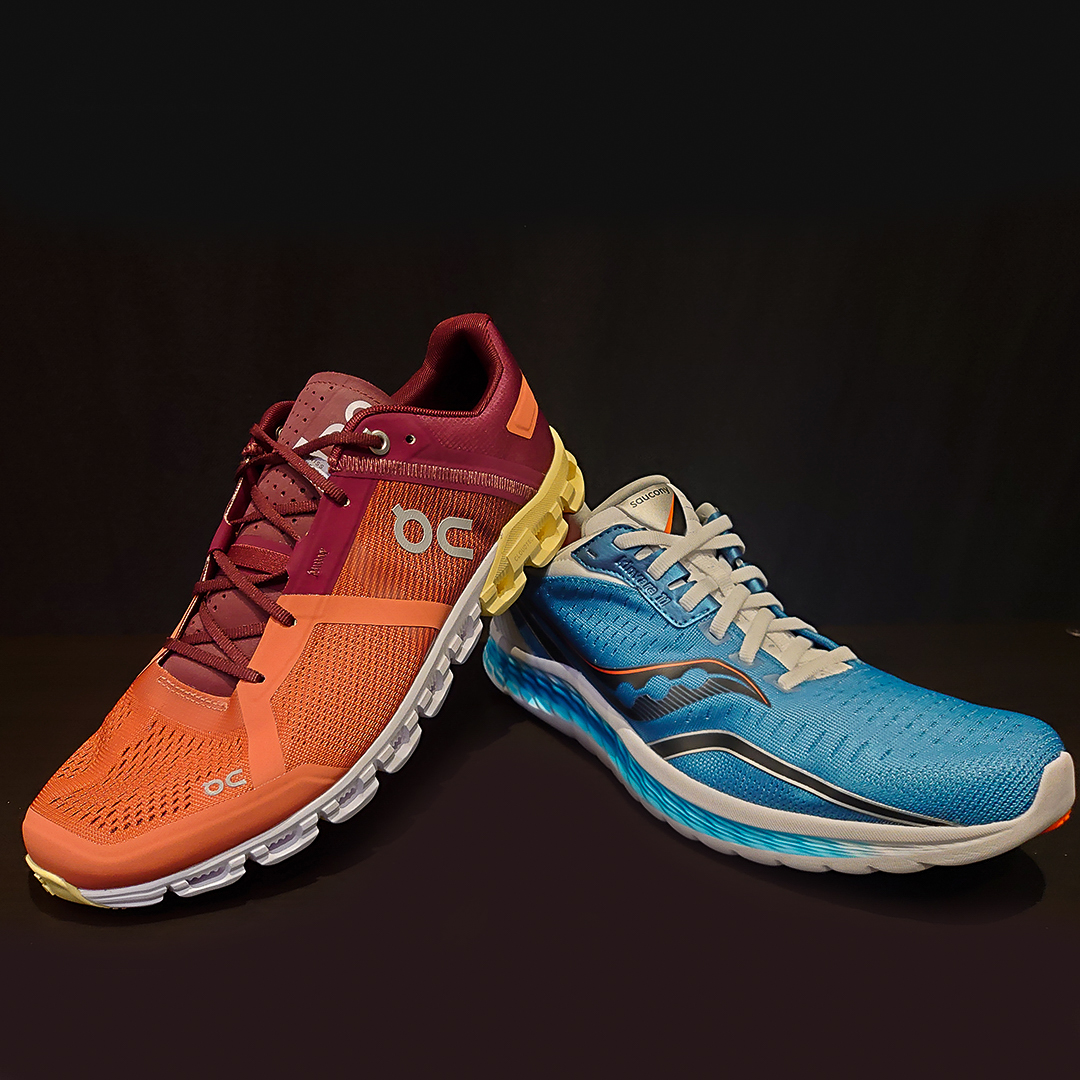 Possibly the best iteration of the Kinvara, Saucony has ever come up with. Firm enough that you have some ground feel yet just enough cushioning that you can run long in it no bother.

Best usage: A great all-rounder that can go short or long and fast or slow

When I first used the Kinvara it felt a little softer and more cushioned than I am used to however over the last 200 or so miles this hasn't seemed to be a problem. It has quickly become one of my go to shoes. It's light enough that when doing a faster paced session it feels quick and responsive yet it has enough mid-sole cushioning that on my easy and long runs I don't feel beaten up by them. You can see why they quickly became my go to.

Mid-sole: They use a PWRRUN mid-sole throughout, which is claimed to be 28% lighter than a standard EVA and super flexible which gives a very natural shoe,  along with an EVERUN top-sole which is 3 x times more durable then standard EVA to give you that consistent slipper like feel every time you put it on.

Out-sole: It uses a chevron pattern of exposed mid-sole and high abrasion rubber in the heel and forefoot. Initially thought this might be problem but it hasn't shown much sign of wearing away and I have used them on gravel as well as tarmac and concrete.

Upper: They use a one piece upper which hugs your foot really well and doesn't hold much heat in. Its biggest draw back has been when I have taken it out in the rain.  This stuff is like a sponge and sucks all the water it can making them heavy, meaning they lose some of that tight fittedness which is a little frustrating.

With some slight tweaks in this latest Cloudflow, now using a Helion™ mid-sole which is longer lasting and more temperature resistant than their previous mid-sole,  it feels a little more cushioned but still retains that snappy feel that you have come to expect with ON shoes.

Best usage: Faster training runs and racing.  It could be an everyday trainer if you prefer a firmer ride.

Firm, that's the first thing that springs to mind about this shoe, like most On shoes yet this is on the firm side even for them. As an everyday trainer you would have to be used to or like that in a shoe. Its not as cushy as the Kinvara but as a result when you are running faster it feels amazing! Its a bit stiffer than the Kinvara as well giving you an even more poppy feeling when at higher paces. I ended up favoring it as more of a faster day shoe just because of how connected to the ground you feel when wearing it, however it is a great shoe for not letting you get lazyon your technique.

Mid-sole: If you haven't seen an On shoe before it is something to behold, they us Cloudtec which is On's way of saying little pods under the shoe. The On's ethos being a cushioned landing and a firm toe off. This means that once the pods are compressed they stay like that until they are no longer under load so only giving you cushioning when you need it and allowing for a very snappy toe off. Having been so direct to the ground I did feel a little hot-spot under my big toe until I got used to them a little more. Something to bear in mind is that it might be worth wearing a thicker pair of socks the first time you wear them.

Out-sole:In this latest model On are using a new rubber for their out-sole which is meant to improve traction on wet and slippy roads. I have never noticed it to be a problem so that's a sign of success.

Upper: A lightweight well ventilated mesh upper with some cleverly placed welded overlays help keep your foot locked down but without using a heavy material so ensuring that your foot stays at the right temperature too. Unlike the Kinvara it's slightly thinner and doesn't soak up much water, if any, so keeps it's shape and stays nice and light.

Conclusion: If you after a near perfect all-rounder with a good amount of cushioning to go the distance and not show many signs of wear and that still feels responsive when you want to drop the pace a little or alot then the Kinvara 11 might be just what your after. 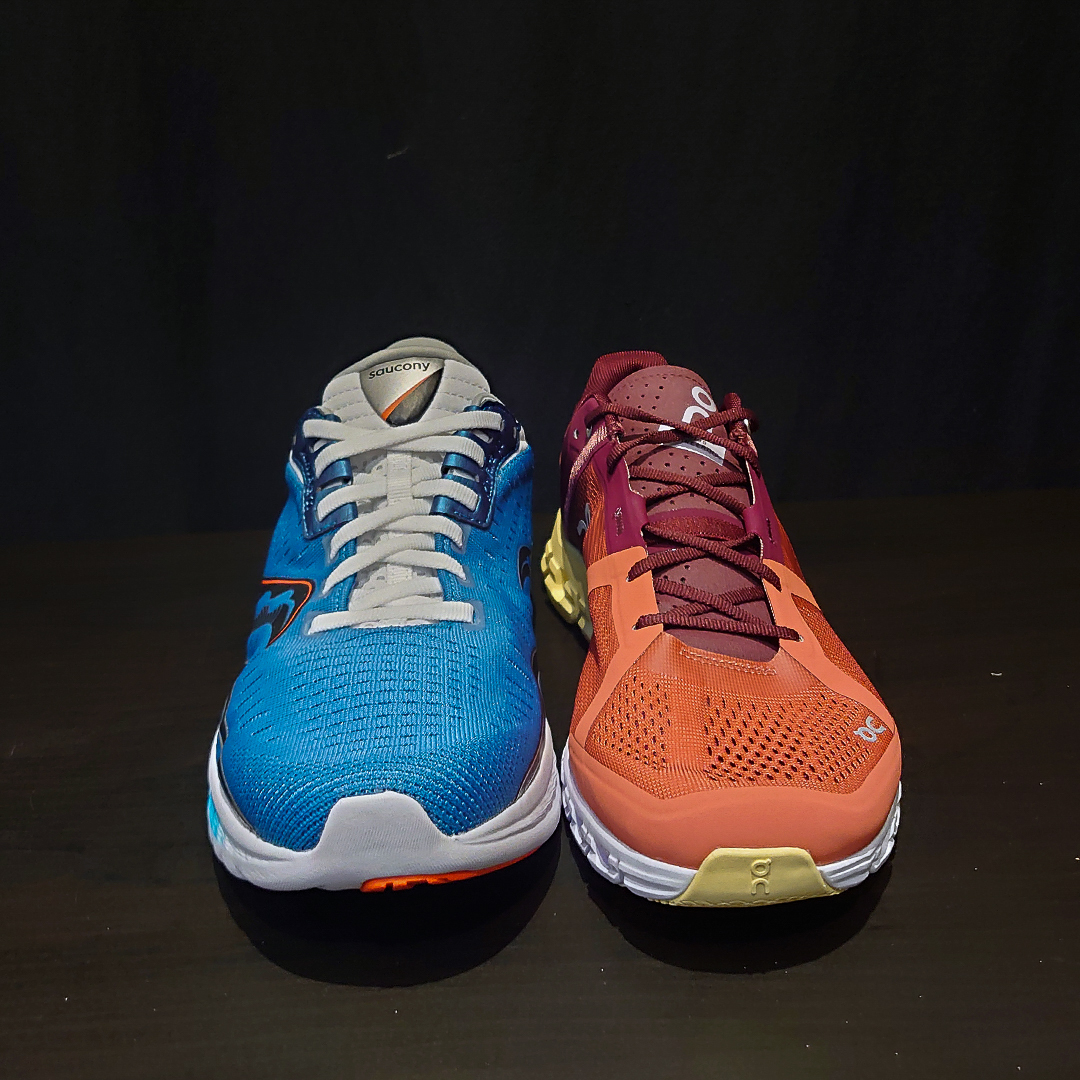 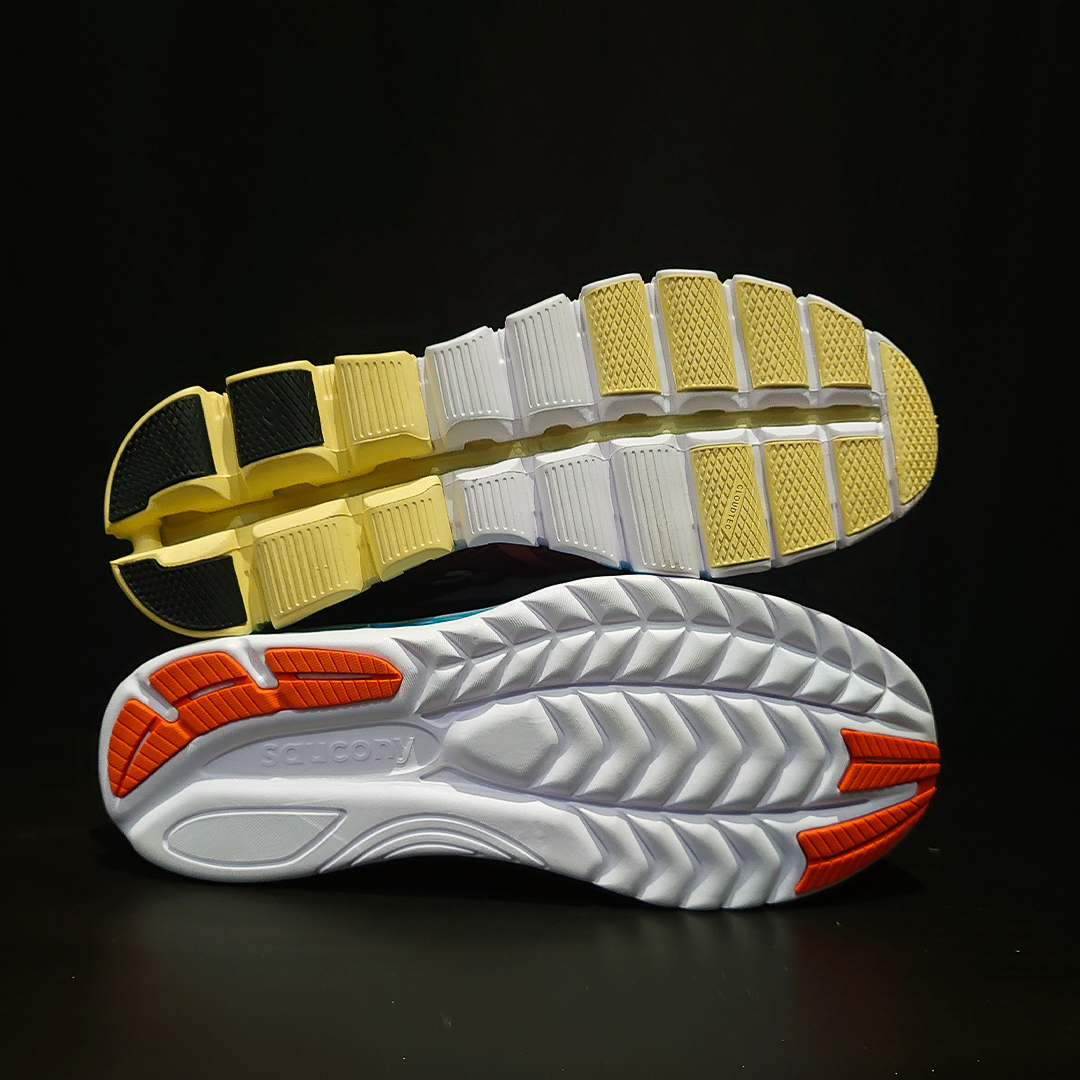