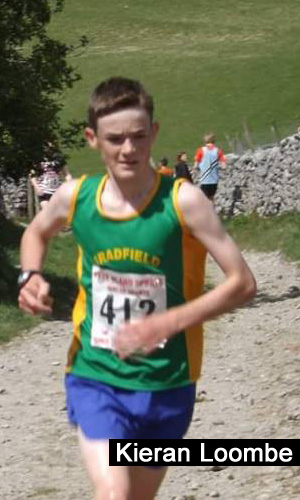 Kieran first began running at the age of 8 after completing a local Primary School Cross Country for his school. From here he joined Hallamshire Harriers Sheffield, where Kieran trained for a number of years. This training helped him compete in the primary school cross country championships where he found his love for the sport. 4 years later Kieran had his first experience of Fell Running after moving to Bradfield Secondary School where he was persuaded to attempt the local Accelerate Gritstone Series. During the same year, Kieran also completed a local trial/fell series known as the Trunce.

While still doing fells whenever possible, Kieran continued to compete in the cross-country season and whilst moving through the age groups consistently gets in the top 10 in the league. In 2016 he also has been selected to represent South Yorkshire in the English Schools Cross Country at the final.

In addition to racing in these events he also competes in the English Fell Running League in which he finishes in the top 20 on a regular basis. With a best position of 11th in the league in 2016.