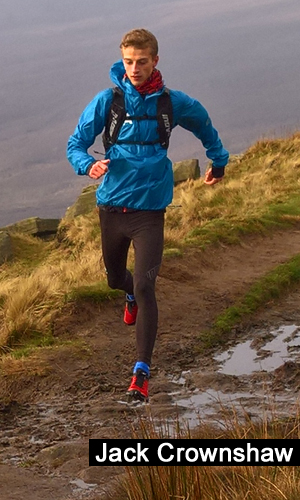 Jack first began running at the age of 10 after completing a local Primary School Cross Country for his school. From here he joined Hallamshire Harriers Sheffield, where Jack trained for a number of years. A year later Jack first experience Fell Running after moving to Bradfield Secondary School where a great influence in Keith Holmes had persuaded him to attempt the local Accelerate Gritstone Series. During the same year Jack also completed a local trial/fell series known as the Trunce.

Competing in these series annually Jack has continued to progress through the age categories and in 2015 he won the Men’s under 30 category league of the Trunce despite being only 16.

A more recently member of Team Accelerate Jack has joined the Team in the store and out of the hills. With this Jack is being coached by Stuart Hale. Jack also enjoys his road cycling and outdoor pursuit activities such as hill walking and climbing.

“I have the ambitions of earning a Yorkshire vest in the coming year and then (hopefully) an England Vest.”