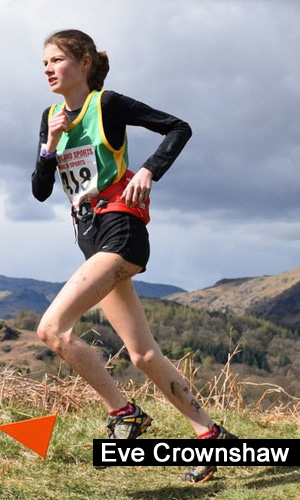 Eve trains and competes regularly in track, cross country and fell running events.  She started running aged 8 for school and joined Hallamshire Harriers running club.  She has represented her school, club, district and county on numerous occasions, competing at the English Schools Cross Country Championships on three successive years and being selected to represent Yorkshire at the Intercounties Cross Country over four successive seasons.

To enjoy running and work hard to be successful.