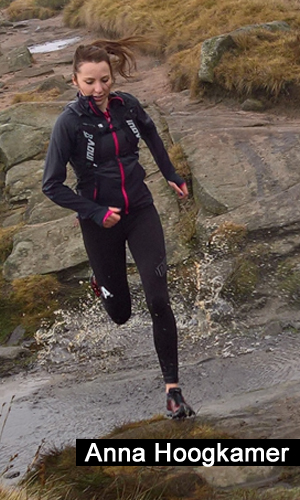 Started competing in cross-country aged 11 and has been running ever since. Last year she took to the fells and hasn’t looked back – placing second in the U23 English Championship series. Only been coached since September 2016 and very much looking forward to next season.  Whilst studying Medicine at the University of Sheffield she is also a member of Dark Peak Fell Runners and Fell Running Coordinator for the University of Sheffield Orienteering and Fell Running Club and spends as much time outdoors as possible.

Tries and go out as much as possible with friends - a long easy run is great for a catch-up and a gossip!

Best result – 2nd in the U23 English Championship series and a win in the last race of the series.

Most pleasing result – 1st in the Hope Wakes Fell Race with a 5min PB over a 10k race compared to a year previously in what had been my first ever fell race.