They're one of our key brands.  Certainly our main road running brand.  They create some of the finest midsoles around.

So who are Saucony?

Not a household name by any stretch, but if you've run for any length of time, you'll have seen them out and about, in your local running store - perhaps you've even tried some on.  A few of you will have already owned a pair and decided to stick with them ever since.

It's pronounced 'Sock-a-knee'.  This was actually printed on their boxes for quite a while, presumably to help clear up the correct way to say the name.  'Saucony' - a Native American term - translated means "mouth of a creek or river". 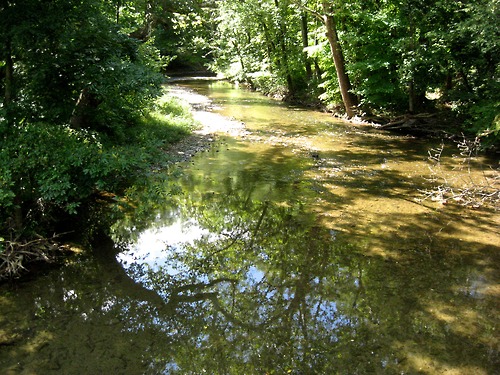 They've been producing running shoes since the late sixties, having made footwear since 1898.  The company was founded in Kutztown, Pennsylvania, on the high banks of the Saucony Creek.  Hyde Athletic Industries bought Saucony in the late 1960s and by 1977, when the company's shoes were recognized with an award for "Best Quality" sneaker by a U.S. magazine, the resulting publicity established the Saucony name and its ongoing reputation for high quality performance athletic footwear. 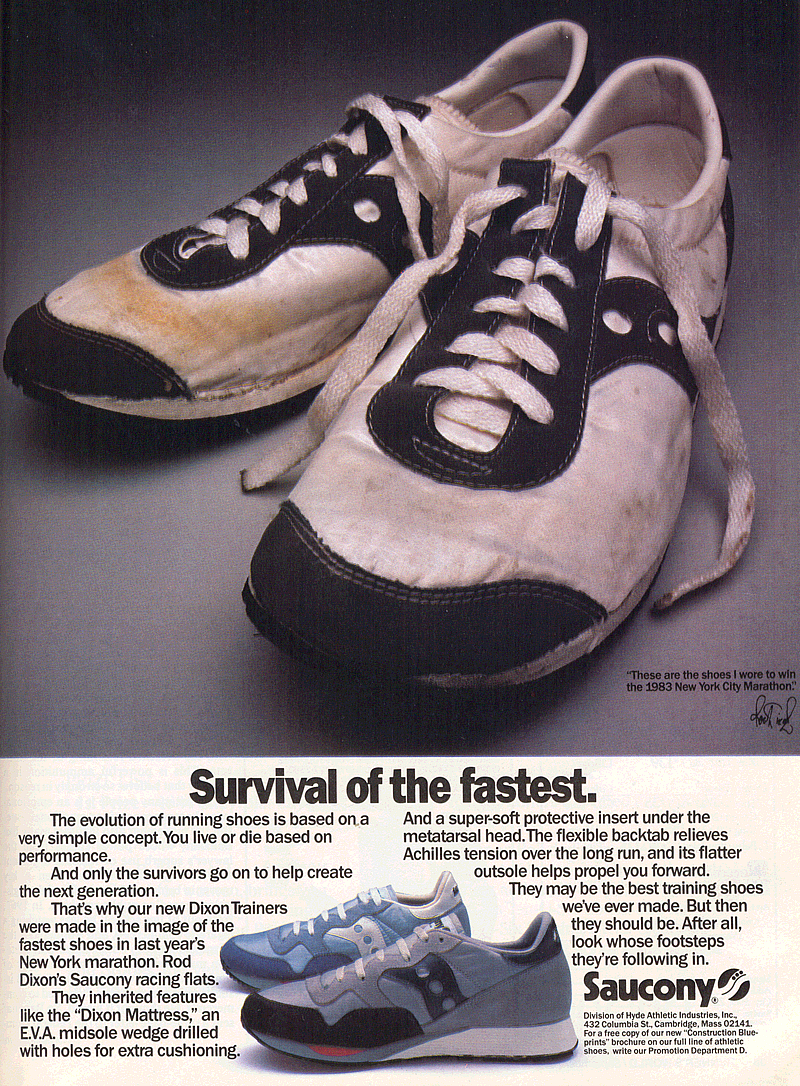 In 1985, the brand moved its headquarters to Peabody, MA.  By the late 1990s, when Saucony became Hyde's dominant brand, the name of the company was officially changed from Hyde Athletic Industries to Saucony.

Above: The original Hyde logo, complete with familiar 'S' design.

Between then and now this manufacturer has changed hands again, being bought in 2005 by the Stride Rite company.  Stride Rite were acquired in 2007 by Payless ShoeSource and finally in 2012, Wolverine Worldwide took control of the company and they continue to pioneer the design and manufacture of incredible running shoes.

Three decades since its first product award, the running industry continues to recognise Saucony for its innovation, technical leadership and quality product. In 2007, the Independent Running Retailers Association presented Saucony with both its "Vendor of the Year" and "Product of the Year" awards.

Today, the Saucony 'S' logo still represents the endless flow of that waterway, along with its boulder-strewn creek bed, depicted by the three distinct dots within the brand's river mark.

So why do Accelerate stock the Saucony shoes?

Very simple.  They work.  We always consider a shoe's attributes, rather than just its materials or marketing potential.  Saucony produce footwear for beginners, serious athletes and even children.  The particular models that we choose to include on our wall have a quality that is hard to match elsewhere.  Saucony have, for the last few years, led a campaign inviting people to leave the giant heels behind and embrace a more natural running style.  Establishing the 8mm heel to toe offset as their maximum has proven massively influential.

They've tempted regular runners away from outright heel striking, but preserved that all important under foot protection.  The quality of their dual, even triple density midsoles.  Blown, Carbon Rubber outsoles.  Flexfilm structure around the upper.  Grid technology in the heel and more recently POWERGRID across the entire length of the foot plate.  There are so many features, each designed to assist the transition from heel or midfoot strike, through to toe off.  Balanced, comfortable, responsive.  Despite the comfortable, long lasting result on your foot - it's the research and development that you pay for.

No company does more to examine the runner's anatomy and taylor its product to that all important motion.  How we run and how we as humans can sustain that action for longer, while moving more quickly, with less damage or discomfort - well that's their thing. 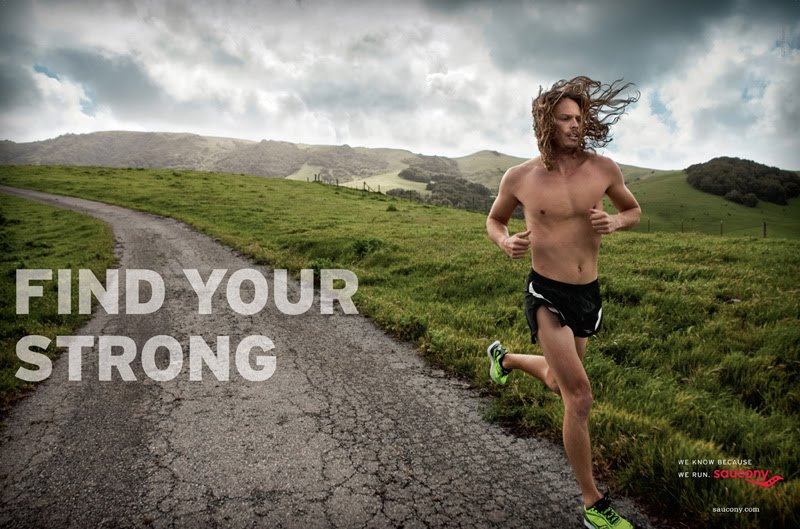 This was the driving force behind their 'Find Your Strong' marketing campaign.

They also provide shoes with 4mm and Zero differential, with various options when it comes to depth of cushion.  All are born from a runner's needs, backed by scientific research and where necessary developed in partnership with elite runners in order to really deliver a shoe that exceeds all expectation.

Their range includes distinct categories for both road and off-road use.

High mileage shoes such as the current Triumph 11 - with the 8mm drop from heel to toe, allowing for regular training runs from slow pace to marathon speeds.  Long lasting shoes that protect against impact.

Trainer/racers that include both 8mm and 4mm drop.  Ride 7 or the formidable Kinvara 5 and its 'sister shoe' Mirage 4, suitable for long distance, but with a freedom to run more quickly thanks to reduced weight and firmer midsoles that provide more response when you push.  The lower drop giving more freedom of movement and allowing that natural motion.

Zero drop shoes, which as you'd expect - have no heel to toe offset whatsoever.  Flat shoes, but not without cushion.  Their Virrata (another award winner in 2013) is 18mm deep.  The idea being to run as you might without shoes on, but with all of the benefits you'd expect from a soft comfortable landing with every step.

Finally racing shoes.  These include the track spikes and cross country footwear, but for racing on everyday surfaces like you'll find on most modern 10K circuits, Grid Type A have grippy outsoles and much slighter midsoles that pay off during a race day effort, exploiting all that high mileage training in the more substantial shoes described above.

With fully fledged running shoes for children, Saucony's range caters for everyone at every level.  Quality of materials married with design excellence and an attention to what runners need, rather than what's trending.  It's Saucony who seem to set the pace in this highly competetive market.  As a case in point:  When released, the Saucony Kinvara was unique (and arguably still is) for providing a genuine 'racer/trainer' with 4mm offset, lightweight design, yet incredible depth of cushion and therefore shock absorption worthy of high mileage.

There are many pretenders out there, though they'll never admit it.  Where marketing budgets eventually win out - it's well worth doing a little homework in order to source those shoes which will perform under foot, not just on the spreadsheets. 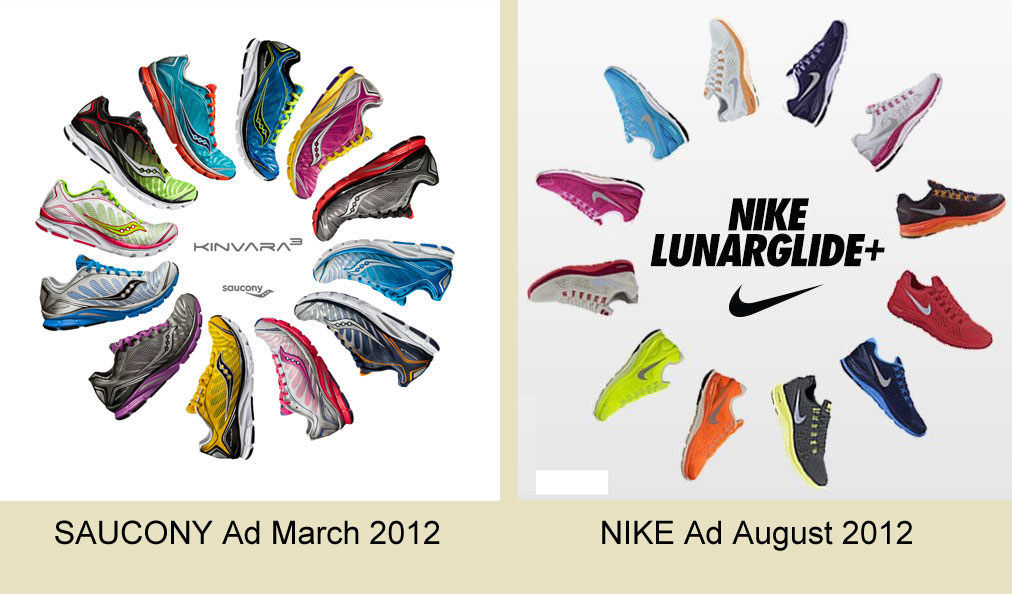 The latest Saucony shoes to emerge are the new ISO•SERIES, which launch with the latest variation on the 'Triumph'.  A running shoe with 20% more cushion than has been previously available, thanks to the POWERGRID design employed within the shoe's construction.

In all aspects of their business, Saucony continue to impress us at Accelerate.  Their passion for running and cutting edge design, specifically with the runner (as human, not as consumer) in mind - win us over time and again.  Naturally, we like to pass all of this on to you.

I've personally raved about the Peregrine Trail shoe for years, having owned several pairs.  I shall be wearing them for this weekend's Original Mountain Marathon and have at times used them on Ultra distances and Fell Races with great results.  I also find that for shorter distances (to work/back home) they make for a perfectly comfortable road shoe.

So there you have it, it's not 'Saw-Co-Neee', or 'Saw-son-ee'.  They're running specialists with a proud and award winning heritage.  You may not have caught them showboating on TV, but chances are their shoes are a lot better for you than the latest big name, being pushed for less wonga. 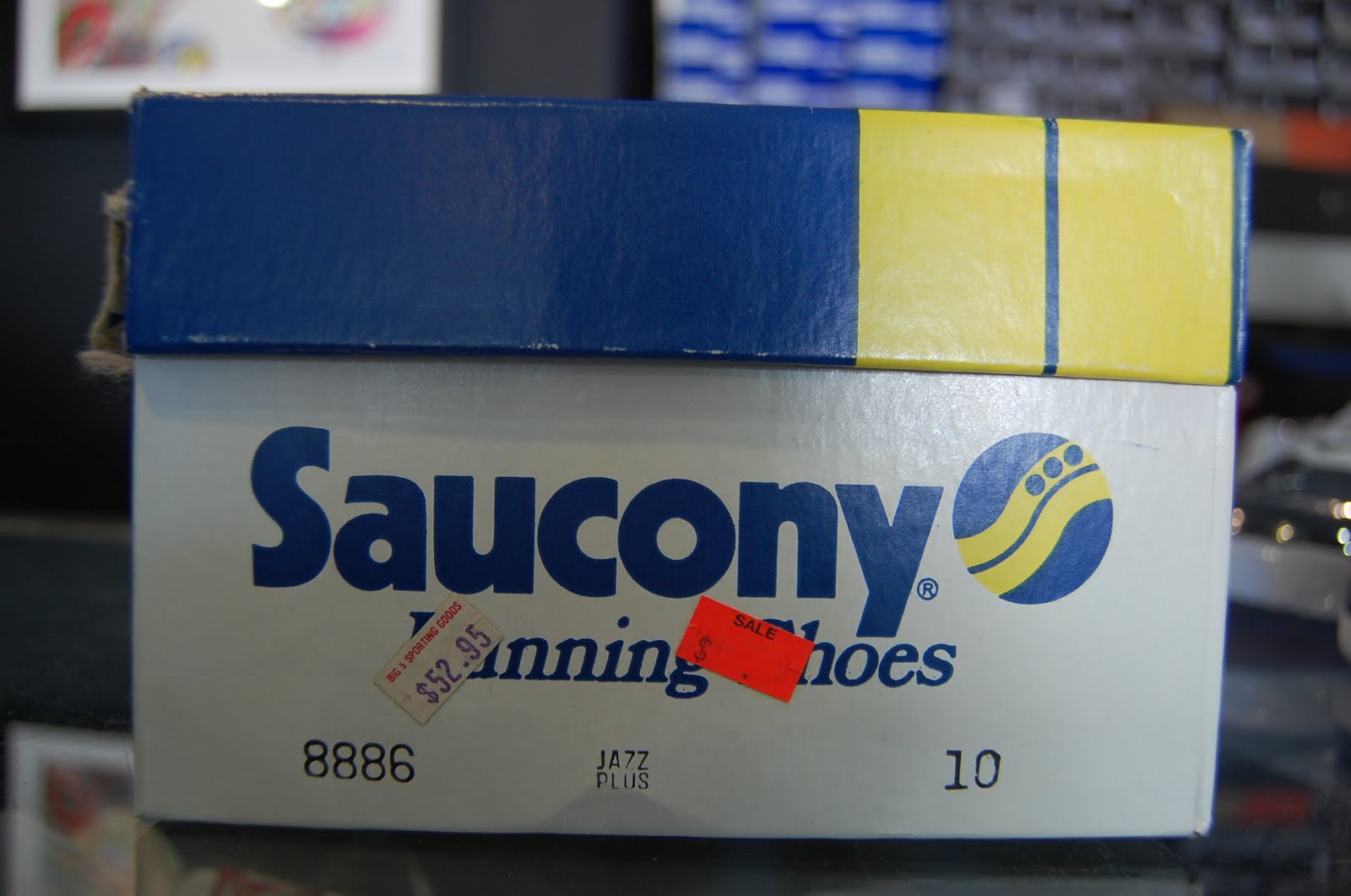 Don't take my word for it, check out the list of world class athletes using Saucony.

See our range of Saucony Footwear.